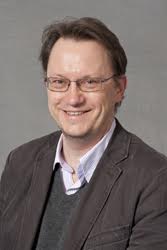 Abstract: This talk will cover some of the history of search based software testing, charting some of the milestones in the intellectual development of the subject. The talk concludes with the current work by Mao, Harman and Jia on SBST for the Android platform, which saw the three of them recruited from the start-up Majicke to Facebook, where there are now working on test automation.

Mark Harman is professor of Software Engineering in the Department of Computer Science at University College London, where he directs the CREST centre and is Head of Software Systems Engineering. He is widely known for work on source code analysis, software testing, app store analysis and Search Based Software Engineering (SBSE), a field he co-founded and which has grown rapidly to include over 1,600 authors spread over more than 40 countries. His SBSE and testing work has been used by many organisations including Daimler, Ericsson, Google, Huawei, Microsoft and Visa. Prof. Harman is co-director of Appredict, an app store analytics company, spun out from UCL's UCLappA group, and chief scientific advisor to Majicke, and automated test data generation start up.

Title: Searching for the Best Test

Abstract: Automated testing at the user interface level is challenging but rewarding. It difficult to define the expected behaviour of the graphical user interface (GUI) in a level of detail required for automated testing, but there are a lot of bugs to be found at user interface level, especially when there are multiple platforms and devices that are supported. As an example of recent tool support for automated GUI testing, we present Testar (http://www.testar.org/), an open source tool for automated GUI crawling, analysis and testing. With automated GUI crawling, it is possible to detect if the GUI crashes or hangs with very little human effort. No definition of test cases or oracles, no implementing or maintaining scripts required. Only time for automated test execution. Of course, the type of bugs found is limited without “proper” test oracles. By putting more effort in guiding the GUI crawling, defining test oracles and possibly using search-based techniques, it is possible to find more and different kinds of bugs.

Pekka Aho works as a Senior Scientist at VTT Technical Research Centre of Finland. He received his Master’s degree in computer engineering from the University of Oulu in 2009. Since 2010, his main research topic has been automated graphical user interface (GUI) model extraction for software testing and analysis, and it is also the topic of his PhD thesis. He has been the main developer of GUI Driver, a tool for GUI model extraction of Java applications, and collaborated with Matias Suarez on Murphy, a tool for GUI model extraction, testing and automated change analysis. In 2013-2014, he was a visiting scholar at University of Maryland in College Park, working a year in Atif M. Memon’s team. Memon is considered a pioneer of using extracted models for automated GUI testing.